↓ Skip to Main Content
Accueil › Actualités › Justice for crimes related to the genocide perpetrated against the Tutsi in Rwanda, 25 years later

Justice for crimes related to the genocide perpetrated against the Tutsi in Rwanda, 25 years later

On the evening of 6 April 1994, a plane carrying Juvenal Habyarimana, the president of Rwanda and Cyprien Ntaryamira, the president of Burundi was shot down as it prepared to land in Kigali, the capital of Rwanda. The incident aggravated the stumbling peace established by the Arusha Accords which were expected to put an end to the armed conflict between the Rwandan Government and the Rwandan Patriotic Front rebels. During the 100 bloody days that followed, unimaginable violence spread over the country on a horrific scale evolving into the genocide against the Tutsi, one of the greatest tragedies of the 20th century affecting the conscience of all humanity. In just one hundred days, according to UN outreach program on the genocide, nearly one million people were massacred in horrific conditions and between 100,000 and 250,000 women were raped. Genocide, crimes against humanity and war crimes were perpetrated, primarily against Tutsi civilians and moderate Hutus. This situation plunged the country into a state of utter desolation, with a severely torn society, a traumatized population, a seriously damaged social fabric and a greatly degraded infrastructure.

In the aftermath of the genocide perpetrated against the Tutsi, justice was accepted as one of the main tools for combating the culture of impunity, but also as an instrument for preventing mass crimes and restoring social cohesion. However, both Rwanda and the international community faced a major challenge of justice for the victims and the need to bring suspects before justice. This task was certainly not an easy one for Rwanda in particular, due to the fact that many judges, lawyers, and other judicial staff had been killed during the genocide, others had fled the country, and much of the country’s infrastructure was in ruins.

A three-pillar transitional justice system was set up to deal with genocide litigation, both nationally and internationally. On the national level : specialized chambers in national ordinary jurisdictions and the Gacaca courts. On the international level : The International Criminal Tribunal for Rwanda was established by Resolution 955 of the United Nations Security Council dated November 08, 1994.

Later, the judicial system was joined by a fourth pillar consisting of the application of the principle of universal jurisdiction by foreign States including Belgium, the Netherlands, Canada, Finland, Switzerland, France, Sweden etc.

When the genocide was ended, the Government of Rwanda took steps for rebuilding its justice system. New staff was recruited and the rehabilitation of the judicial infrastructure was commenced. Specialized chambers were created within the Tribunals of First Instance and given power to handle genocide cases. The need to ensure justice to the victims and the duty to try an overwhelming number of genocide suspects, then held in custody was a necessary, but also, almost an impossible task. According to the Human Rights Watch, the prison population had reached about 130,000 people in 1998 [1]. By mid-2006 the number of cases tried by national courts was estimated at 10,000 [2].

The pace of trials before the specialized chambers was too slow and was deemed disproportionate to the then prevailing situation. It was deduced that, at this pace, it would take nearly 160 years to try all genocide suspects detained in Rwanda. This prompted the government to start thinking about alternative mechanisms capable of accelerating the trial of genocide suspects while paving the way for unity and reconciliation. The solution was the Gacaca courts established in 2001 by the Organic Law No. 40/2001 of 26 January 2001 setting up Gacaca courts. The gacaca was a form of participatory justice modeled on past customary conflict-resolution practices, where judges were ordinary people elected by neighbors on basis of integrity and morality rather than formal education. 12,000 [3] courts spread all over the country were composed from a total of 160,000 [4] judges. According to the Rwandan National Commission for the Fight Against Genocide – CNLG, the Gacaca courts tried 1,958,634 [5] cases in 10 years, with a conviction rate of 65% [6]. Gacaca courts finished their work in 2012, and a new law [7] assigned remaining issues to the jurisdiction of ordinary courts.

The gacaca are credited for their great achievements including the trial of a huge number of genocide suspects in a reasonable time, offering an opportunity to reveal and learn the truth, contributing to the eradication of the culture of impunity, laying bases for unity and reconciliation and illustrating the capacity of Rwandans people to find ways of coping with the challenging post genocide situation [8]. However issues such as the ability for lay judges to handle complex cases, limitations on the ability of the accused to effectively defend themselves and alleged cases of corruption have nurtured some criticism [9].

The International Tribunal for Rwanda – ICTR

The ICTR based in Arusha, Tanzania, was created by resolution 955 of the United Nations Security Council of the 8th November 1994, following a request (S/1994/1115) from the Government of Rwanda. It was given mandate to “prosecute persons responsible for serious violations of international humanitarian law committed in the territory of Rwanda and Rwandan citizens responsible for such violations committed in the territory of neighboring States between 1 January 1994 and 31 December 1994” [10]. The Tribunal was located in Arusha, Tanzania, and had offices in Kigali, Rwanda. Its Appeals Chamber was located in The Hague, Netherlands.

The year 2015 marked the closure of the ICTR. During the score years of its existence, the ICTR indicted 93 individuals including high-ranking military and government officials, politicians, businessmen, as well as religious, militia, and media leaders. Proceedings were concluded in 80 [11] cases including 62 sentences, 14 acquittals, 10 referrals to national jurisdictions in Rwanda and France, and 3 referrals of fugitives to the International Residual Mechanism for Criminal Tribunals (MICT) and 2 indictments withdrawn before trial [12].

In anticipation to the phasing out of the ICTR, the United Nations Security Council had created the International Residual Mechanism for Criminal Tribunals – MICT – on 22 December 2010 as a “small, temporary and efficient structure”. The MICT started operating on 1 July 2012 in Arusha, United Republic of Tanzania, and on 1 July 2013 in The Hague, the Netherlands. The Arusha branch inherited functions from the ICTR, and The Hague branch from the ICTY. During the initial years of the Mechanism’s existence, it operated in parallel with the ICTR and the ICTY. Following the closure of the ICTR (on 31 December 2015) and the ICTY (on 31 December 2017), the Mechanism continued to operate as a stand-alone institution [13]. The Mechanism was mandated to carry out some essential functions previously assigned to both ad hoc international tribunals, one of the main tasks being the tracking and arrest of three accused namely Félicien Kabuga, Protais Mpiranya, and Augustin Bizimana who are still on the run.

The ICTR prides itself on its role in the establishment of a credible international criminal justice system, producing a substantial body of jurisprudence on genocide, crimes against humanity, war crimes, as well as forms of individual and superior responsibility.

However, the Tribunal has not escaped criticism. There has been a significant critique aimed at mainly procedural behavior of ICTR as well as shortcomings in the sphere of actually bringing reconciliation [15]. Genocide survivors have also criticized the ICTR for « delivering no compensation for the horrific atrocities committed during the genocide planned, and perpetrated, by the government [16]. The Tribunal also faces criticism over its estimated $2bn price tag. It’s seen as a huge amount for a relatively small number of convictions, given the scale of the killing [17]. The tribunal was also criticized for not having prosecuted crimes allegedly committed by the members of Rwandan Patriotic Front (RPF) [18].

Judicial solidarity in genocide cases : the contribution other States

The contribution of justice systems of foreign states is another crucial pillar in fighting impunity. This has been possible thanks to the Universal Jurisdiction (U.J.) principle– a mechanism allowing states or international organizations to claim criminal jurisdiction over an accused person regardless of where the alleged crime was committed, and regardless of the accused’s nationality, country of residence, or any other relation with the prosecuting entity. It is in this context, that several states have responded to the indictments and arrest warrants from Rwandan authorities, by progressively taking steps to extradite or prosecute suspects. For instance, Belgian justice has prosecuted and completed proceedings in 4 cases ending with 8 convictions and at least 5 others cases are scheduled to commence soon while others are still under investigation. France has completed proceedings in two cases with 3 convictions, 3 new cases are expected to commence soon before the Cour d’Assise and more are under investigation. Sweden has concluded two cases and another is on appeal before the Court of Appeals in Stockholm. The Netherlands has prosecuted 2 cases, Germany 1, Norway 1, Finland 1, Canada 1 and the USA 1. The application of the U.J. principle has been a formidable component of the international justice in the prosecution of genocide suspects who fled the country and went to find refuge in foreign states around the globe. They U.J. has proven a formidable complement to the work of the ICTR and the Rwanda national justice. However, the principle is considered weak in that its application is subjected to the willingness of states.

Following the abolition of the death penalty in 2007 and the enactment of a law regulating the transfer of cases, from the ICTR and from other States to the Republic of Rwanda, the ICTR/MICT and some States have taken steps to transfer suspects to stand trial before Rwandan Courts. In 2012, the first two suspects Dr. Léon Mugesera and former Pastor Jean Uwinkindi landed on the Rwandan soil from Canada and the ICTR respectively. So far the number of suspects transferred to Rwanda is 20, the last in date being Vincent Murekezi who was transferred from Malawi early this year.

The question of justice for the genocide perpetrated against the Tutsi has constituted a great challenge for the Rwandan Government and for the international community as a whole over the past two and half decades. The efforts deployed and the different responses proposed reaffirm the determination to fight impunity and the need for the contribution of everyone in ensuring that there is no safe haven for those who commit serious violations of the international humanitarian law. However, the issue of unequal cooperation of states remains a barrier/obstacle yet to be lifted .Other issues that remain pending and require particular attention include the need to take into account the interests of the impacted populations and the issue of reparations. The work of justice must be continued and efforts for unity and reconciliation sustained. A special stress ought to be laid on the issue of preservation of the memory : the duty not only to safeguard the work done but also to make it available and accessible for present and future generations to anchor the fight against impunity for a lasting peace. 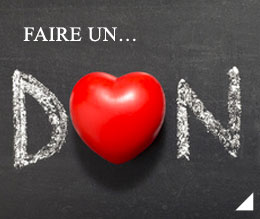